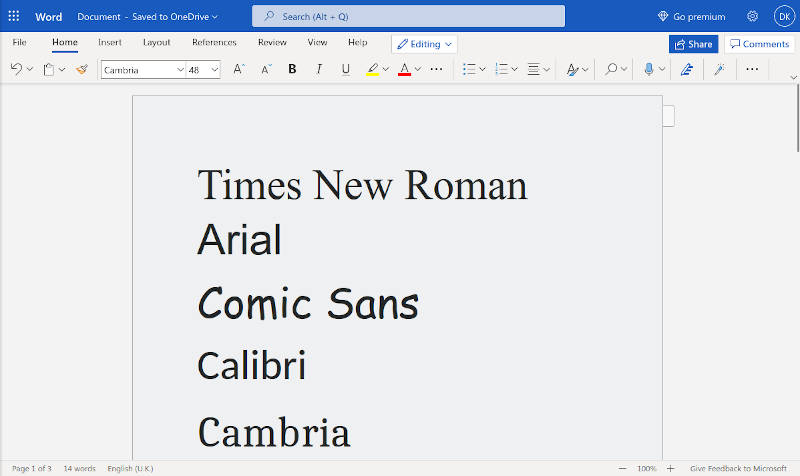 As a Linux user, you may not know that a recent version of Microsoft Office uses Calibri or Cambria fonts as default fonts. So, if someone sends you a Microsoft Office document, most likely it will be using one of these fonts and such a document will not look correctly in Linux. In this video, you will learn how to get compatibility with these and other Microsoft Office fonts in your Linux. 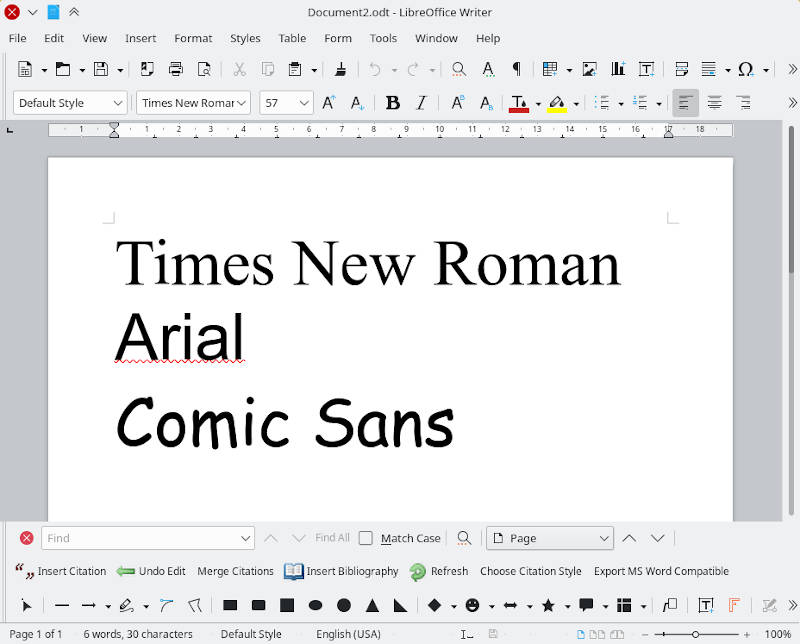 You are probably familiar with such Microsoft fonts as Times New Roman, Arial, Comic Sans. These fonts are very easy to get. You just need to install ttf-mscorefonts-installer if you run Debian-based distros such as Ubuntu, Linux Mint, or KDE Neon as I do:

In the RPM distros such as OpenSuse and Fedora, it will be the fetchmsttfonts package. And it is ttf-ms-fonts in Arch Linux User repository. 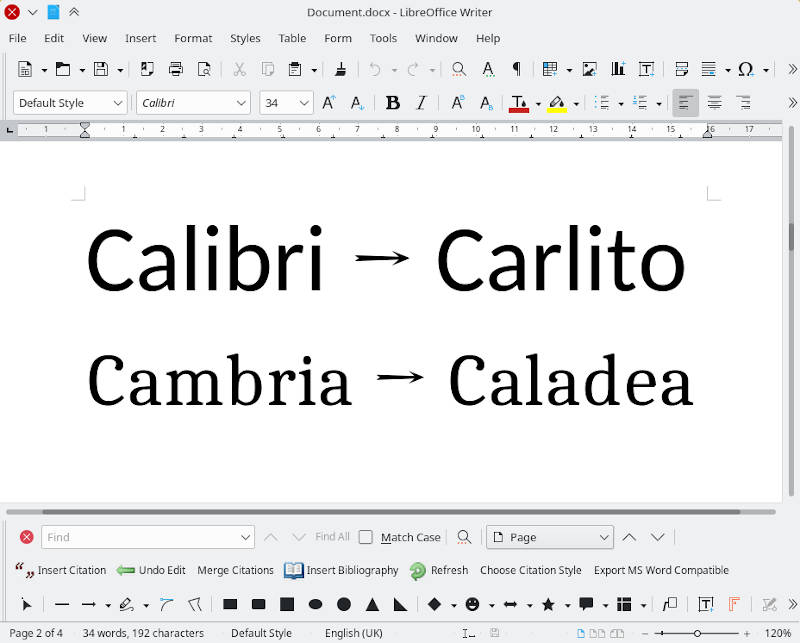 Unfortunately, this package doesn’t include the Calibri and Cambria fonts, which are the default fonts in the latest version of Microsoft Office. Microsoft doesn’t allow copying these fonts to non-Windows systems. This is exactly the problem Google faced with their ChromeOS and they developed two fonts, namely Carlito and Caladea, that can replace the new proprietary fonts of Microsoft. These Google fonts are metric-compatible, meaning each letter is of the same size as in the original fonts. They are licensed under the Open Font License (OFL 1.1) and thus we can freely install them in Linux. Just search for carlito and caladea **in your **package manager and install them. Some distros install them as a dependency of LibreOffice, but since not all distros do that, it is better to make sure these packages are installed in your system.

For example, you would install these two packages in Debian:

After you log out and log in these fonts will be available in your system. LibreOffice should automatically substitute Calibri and Cambria with Carlito and Caladea, respectively. However, you will still see the Microsoft names in the font field and it is advised to keep it like that because when you send your document to a Microsoft Office user, Microsoft Office does not have the Google fonts, and it may not replace them correctly and it will break the layout.

How to deal with Microsoft Office documents on Linux

I recommend avoiding Microsoft Office formats and use PDFs when possible. You can export any LibreOffice document as a PDF.

I hope these tips will help you to get better compatibility with Microsoft Office. I have to thank Murbert who provided the idea for this video in the comments under my blog post on Things to do after installing KDE Neon.

Average Linux UserFollow I am the founder of the Average Linux User project, which is a hobby I work on at night. During the day I am a scientist who uses computers to analyze genetic data.
« Notion - the best note-taking app 20 Essentials Things to Do After Installing Debian 11 »

Thanks ever so much - this was clear, to the point and so helpful. My documents are looking better already!

Thank you very much. This is very helpful.